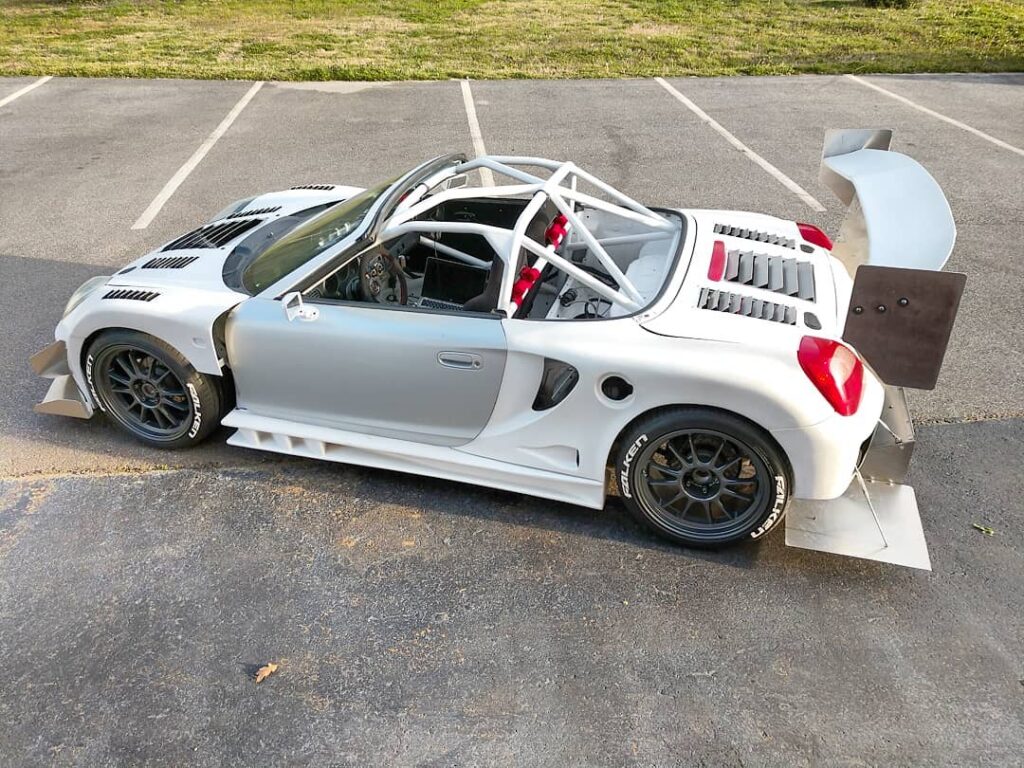 Not only good looks…

This 2000 Toyota Spyder, aka MR-S, creates circa 350 horsepower. It been meticulously put together with big power increases in mind, and the car is now and is ready to hit the race track for some testing.

Owner, Aaron King, has undertaken an inspirational build. A true testament to his patience, it has taken over four years to get to this stage.

You wouldn’t know that from seeing it today. It looks great, runs perfectly and captures attention not only online, but on the roads too.

“It’s going to be a fun car for time attack events, hill climb and any thing I feel like bringing her out for” Aaron comments.

Powered by a Toyota 2zz-ge 4cyl 1.8L engine, the MR-S is controlled by a custom solution by PanicMade using a Link G4+ Xtreme ECU. The ECU is programmed to cater for upgrades such as the Compturbo CT2871s oil-less turbo. Aaron’s build also uses the OEM harness to control a few features, just saving costs for the immediate short-term.

“My hopes are to get a full PanicMade harness in the near future, plus a digital display and much much more” says Aaron. “I love the product line!”

The MR2 also uses a Link Can Lambda sensor to monitor oxygen content through the engine.

A similar electronic package is now on offer from PanicMade – the ZZW30 Link G4X PnP kit. Check out the advertisement featuring Aaron here!

Aaron adds: “Now I have to upgrade my transmission to turn her up any more, but the build is good for 500hp once we do so.”

“I choose unlimited class as to not have as many restrictions other than Safety, and I’m still working on making sure those are all up to par.” A Custom Cages UK 8 pt Roll Cage is part of the upgrades, while an OEM Hardtop remains.

With a variety of events in mind, including Time Attack and hill climbs, the car is has been built to be versatile.

“This year will be mainly testing but next year I hope to hit Jzilla track days, Grid Life and Global Time Attack next year.”

Ultimately, this car is definitely something special in both looks and performance. We can’t wait to see how Aaron and the MR-S get on in the future.