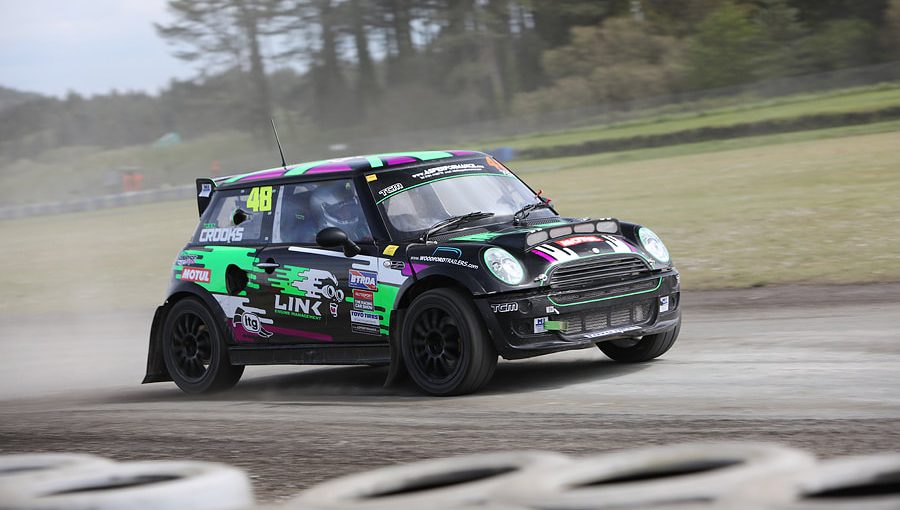 The G4X MiniLink MINI-X PlugIn ECU is the latest version of Link ECU’s Plug and Play option for the BMW Mini R53.

Running on the G4X platform means the MiniLink now features a faster processor, faster communications chip and a whopping 512 megabytes of data logging. G4X also ensures some of the Motorsport features available with the MiniLink PlugIn ECU are even better. The traction control now has a torque management system integrated into it, with ignition retard, cuts, Ethrottle reduction and boost reduction, all making it more effective. Plus, G4X is much faster to react to everything, meaning the car runs very smooth and very responsive using one of these control units.

These benefits are  for those who enjoy the odd track day with their Mini! We know there are plenty of you out there.

The Mini Cooper R53 is, in fact, a fantastic vehicle for those wanting both track and street performance. Despite being a lot of fun even in stock trim, they are are often heavily modified with aftermarket turbochargers, head polishing, higher spec injctors or larger throttle bodies. The stock ECU is not designed to handle these modifications, which is where the flexibility and usability of a Link ECU comes to play.

The MiniLink ECU is designed for the R53 Tritec 1.6 SC engine and works with manual transmissions only.

An XS Loom and 4 Bar Map Sensor (sold separately) are highly recommended to allow for the extra inputs/outputs and the additional boost from modified vehicles.

Our BMW Mini ECU is slightly different to other Link PlugIns because it comes in it’s own case, which then fits directly into the factory location. Installation of the unit is still a breeze with no alteration of the factory wiring loom required.

Lets take a closer look at some cars make great use of the MiniLink PlugIn ECU:

Eddie does a ton of racing with his Mini, but he drives it daily too! A tonne of work has gone into polishing this set-up which uses a factory Eaton45 supercharger on the 1.6l R53 engine. With NOS, it puts out 304 whp to make it one of the UK’s most powerful Minis.

Link ECU is proud to partner with Todd and his Supermodified Mini Cooper S. The duo prove to be a top contender in the British Rallycross Championship, the Link PnP to unlock features such as launch control, anti-lag and data logging. For Motorsport purposes, PC Link and the data logging allow for an easy diagnosis and fixing of any issues that arise during competition.

Installed and tuned by 1320 Mini, the MiniLink PlugIn ECU is used to its full potential in this heavily modified 400whp, 2005 Mini Cooper. James drives his car at track days throughout Europe, enjoying features such as boost by gear, launch control, anti lag and traction control. A lightened crank, forged pistons and rods, screamer pipe and 38mm waste-gate are just part of this phenomenal engine package.

John’s Youtube Channel has some neat videos of his track day exploits plus how he has ironed out some engine issues using the Link PlugIn. Specs of the car include a Catcam 469, Robert Cox BVH, 17% pulley, Link G4+ ECU, Janspeed manifold, Milltek cat back system and more.

Additional Information about the MiniLink:

The following expansion connector inputs/outputs are provided on the MiniLink ECU.